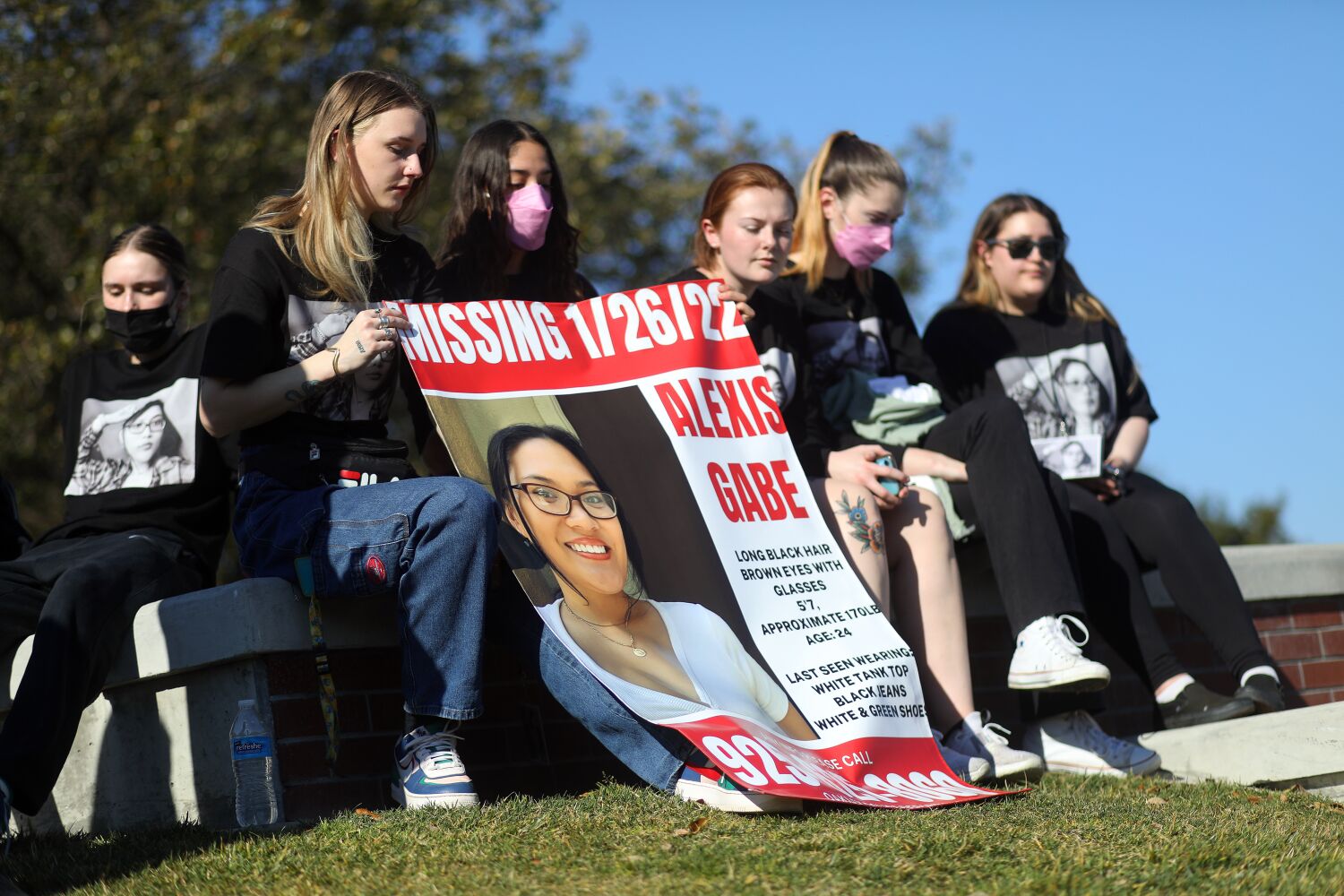 Bones discovered in Amador County last week briefly gave hope to the family of a missing woman, but her father has since said they were told the remains were not human.

Alexis Gabe, 24, of Oakley, was last seen in January when she visited her ex-boyfriend, Marshall Jones, at his home in Antioch, authorities said. Police think Jones killed Gabe, abandoned her car and disposed of her cellphone. He was the prime suspect in the case but was shot and killed by police in June in Washington state as officers attempted to arrest him in connection with Gabe’s disappearance, according to her family.

Gabe’s father, Gwyn Gabe, told Bay Area news station KGO on Sunday that Jones made a map showing where the woman’s body is buried. He said the map included handwritten notes that started at Jones’ sister’s home in Vacaville and ended somewhere in the Amador County town of Pioneer.

On Wednesday, search volunteers found a set of bones in the town, about 50 miles east of Sacramento. Gabe traveled there Saturday as investigators examined the discovery.

But in a Facebook message posted Monday, Gabe said the bones were not human. He shared a statement from the Sheriff’s Department about the discovery that was sent to the family.

“There was animal hair around one of the bones, but out of an abundance of caution a forensic anthropologist was contacted,” the Amador County Sheriff’s Office said in a written statement to the family. “The forensic anthropologist was able to quickly determine that the bones did not come from a human. We do not have any bones in our possession believed to be human and we have not sent any out for DNA analysis.”

The Amador County Sheriff’s Office did not immediately respond to requests for comment via email or phone on Monday.

“We just want to find her remains so we can bring her home,” Gabe told the Mercury News on Sunday.

Police believe Jones killed Alexis Gabe in late January when she visited him in Antioch. Her car was found abandoned in Oakley with the key in the ignition and the door open. In February, a search team found her cellphone case in a field near Jones’ home. A shattered screen saver that had his DNA was also located, according to the newspaper.

When they tried to take him into custody in connection with Gabe’s disappearance, Jones lunged at officers with a knife, police said.

A $100,000 reward is being offered for help in the search for Gabe. A Facebook page maintained by family and friends regularly posts updates about the case, including from law enforcement as well as copies of notes allegedly written by Jones.

In a recent update, Gwyn Gabe posted a video of his wife stopping along a roadway to check out bags strewn along the side.

“Every time she sees black garbage bags on the side of the road she always stops to look and get emotional. This breaks my heart. I hope we find Alexis soon. Please God help us. We just want to wake up from this nightmare and return to living our normal lives again,” Gabe wrote.

In the video, Rowena Gabe can be heard sobbing as she walks back to her car.

Anyone with information about the case is asked to call the Oakley Police Department at (925) 625-8060.