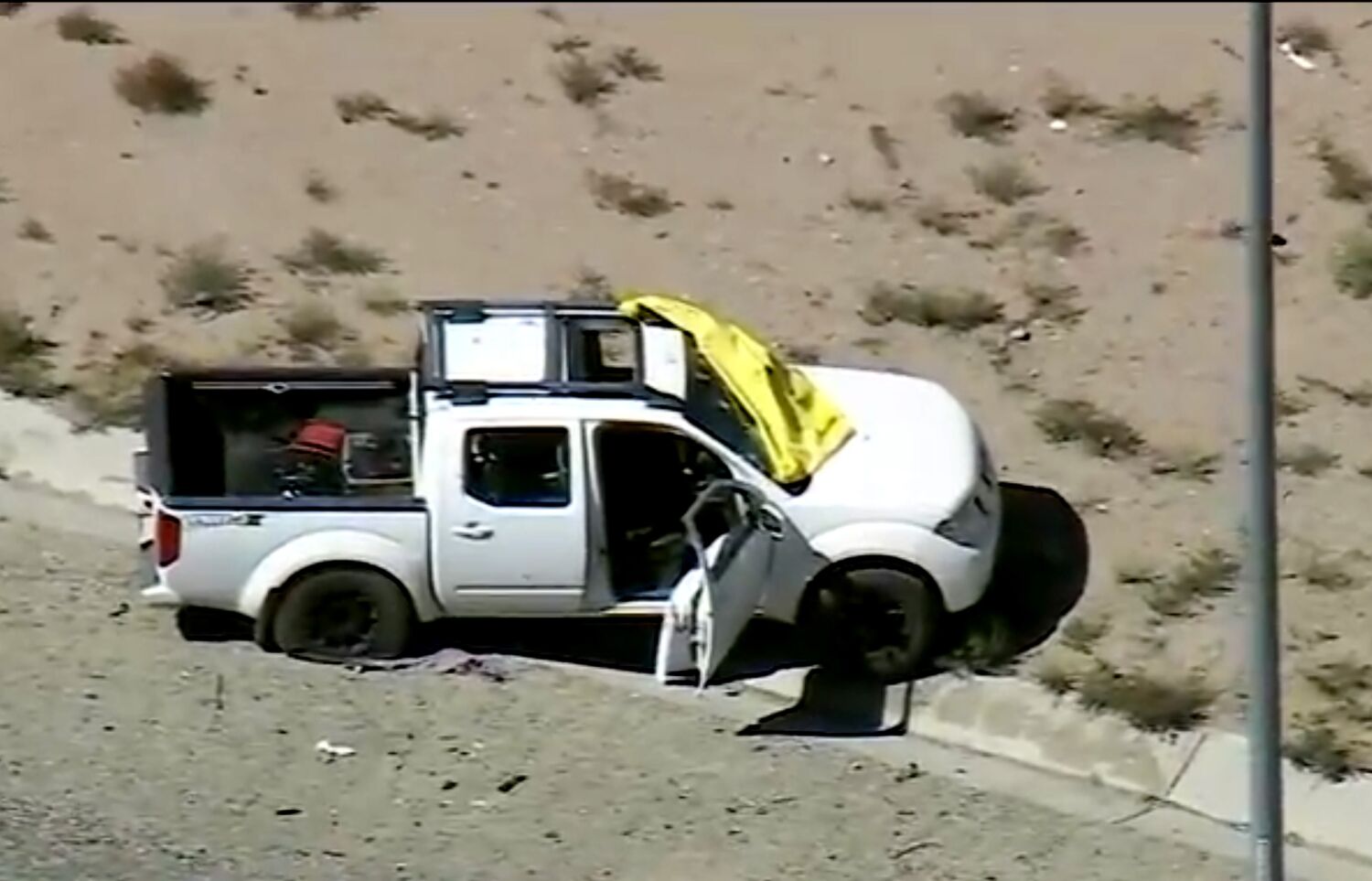 Savannah Graziano, the 15-year-old girl killed in a shootout between her father and law enforcement Tuesday in Hesperia, was likely unarmed as she ran toward deputies, according to a preliminary investigation that’s been turned over to the California attorney general’s office.

The initial findings have prompted the California Department of Justice to take over the investigation, which was being handled by the San Bernardino County Sheriff’s Department, the state attorney general’s office told The Times in an email Thursday.

The Sheriff’s Department said it notified the Justice Department that the shooting could qualify under AB 1506 because of the girl’s death. Under that law, the Justice Department is required to investigate cases in which “the death to the unarmed civilian is caused by a California peace officer,” according to a bulletin sent last year by Atty. Gen. Rob Bonta to police chiefs, sheriffs, state law enforcement agencies and district attorneys.

The preliminary investigation into the shooting indicated the case qualified under the law, a spokesperson with Bonta’s office said.

The shootout came at the end of a 70-mile pursuit in which San Bernardino County sheriff’s deputies tried to pull over Savannah’s father, 45-year-old Anthony Graziano, who was suspected of killing his estranged wife the day before in Fontana.

Sheriff’s officials said they came under constant fire during the pursuit, with bullets piercing the windshields of patrol cars and at one point disabling a deputy’s vehicle. Law enforcement killed Graziano and Savannah after he pulled his white pickup truck off the 15 Freeway.

On Wednesday, San Bernardino County Sheriff Shannon Dicus said “evidence suggests that Savannah was also a participant in shooting at our deputies.”

Dicus, who said Savannah was wearing body armor and a tactical helmet as she ran toward deputies, declined to publicly answer questions whether the teen was armed when she was shot and killed.

The only weapon that investigators have confirmed retrieving from the crime scene was an AR-15-style rifle found in the truck, near Graziano, Dicus said at a news conference Tuesday.

Dicus said his decision to contact the Justice Department came after an initial investigation by his department, which included an overnight search of a crime scene that extended dozens of miles.

The Sheriff’s Department declined to answer additional questions about the decision or about Savannah’s death. A spokesperson said the department would no longer be commenting on the investigation and referred all questions to the state attorney general’s office.

The shooting happened nearly 24 hours after the California Highway Patrol put out an Amber Alert for Savannah. The alert was prompted after Fontana police found Graziano’s wife, Tracy Martinez, shot to death in the street near her Fontana home and the girl missing.

Law enforcement officials have since begun to look more closely at what role, if any, Savannah may have played as her father fled from authorities. Sheriff’s officials said it appears the girl may have fired at deputies during the miles-long pursuit.

On Thursday, Fontana police said new video obtained by detectives from a witness to Martinez’s killing shows that Savannah was in the backseat of Graziano’s truck seconds before he got out and killed his estranged wife.

Fontana Police Sgt. Christian Surgent said the eight-second clip shows Graziano in the driver’s seat arguing with Martinez, who was sitting in the passenger’s seat. Savannah is seen in the video in the backseat of the truck, behind Martinez.

The video shows the couple in a heated argument, Surgent said. Seconds later, police said, Martinez gets out the truck. Graziano then steps out and shoots her several times, authorities said. The video does not show the shooting.

Detectives initially thought Graziano had picked up Savannah from an unknown location after the shooting. But video obtained by detectives Wednesday from a Ring camera in the area also confirmed that Savannah was in the backseat of the truck when her mother was shot to death, Surgent said.

The Fontana Police Department said it’s unclear whether the girl had gone willingly with her father after her mother’s death. Investigators said that they believe Graziano and his wife were going through a divorce and that he had moved out of their Fontana home.

Savannah decided to live with her father about a month ago, Surgent said. The two had been staying at local hotels and motels, and camping at nearby parks before her mother was killed.