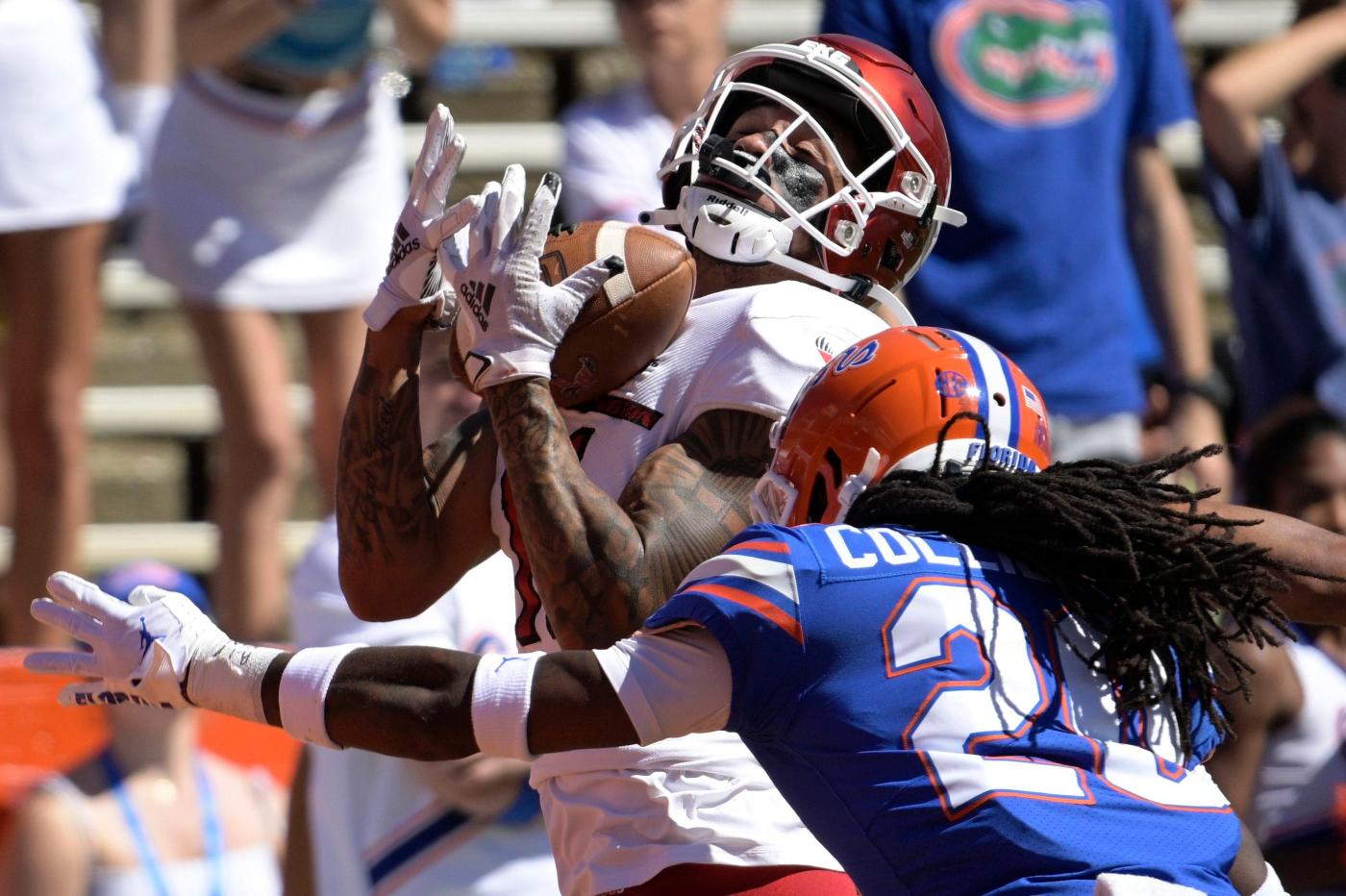 The Florida Gators imposed their will on 30-point underdog Eastern Washington during a 52-17 Sunday stroll in the Swamp.

But this was a chance for coach Billy Napier’s team to spread its wings and spread the wealth as 16 players touched the football and Florida racked up 666 yards in a game Hurricane Ian delayed a day.

Here are three things we learned:

Kitna replaced star Anthony Richardson after he briefly left during the first half for a right ankle taping following a low hit. The redshirt freshman promptly completed his first college pass — a 22-yarder to Ricky Pearsall — and appeared comfortable for a 19-year-old without experience.

The son of NFL veteran Jon Kitna assumed QB duties for much of the second half and finished an efficient 8 of 12 for 152 yards, highlighted by 62-yard strike to Caleb Douglas.

“It felt good, being there, being prepared for my team,” Jalen Kitna said. “I got a job to do.”

Kitna’s performance against an FCS foe could be the fool’s gold often arising from such mismatches. Chances are Kitna’s efforts provide a sigh of relief for a team without a healthy backup to Richardson.

“The last probably two weeks, he’s really grown up a lot,” Napier said. “Guy’s a pretty smart player. He’s learned our system. For the most part the ball went where it’s supposed to go.”

The ball reached its destination at an unprecedented clip during a Sept. 22 practice. Kitna completed every pass he threw, according to Napier.

“I don’t know that that’s ever been done,” said Napier, who coaches his team’s quarterbacks.

The 6-foot-4, 208-pound Kitna was a 3-star recruit who played at four high schools during his father’s nomadic coaching career. Kitna landed on former coach Dan Mullen’s radar when Jon Kitna worked with Dak Prescott, who played for Mullen at Mississippi State.

As a lightly recruited player who wears Florida’s iconic No. 11, made famous decades ago by Steve Spurrier, Jalen Kitna is in good company.

“I‘m no way trying to follow up in his shoes,” Kitna said. “I’m just playing my game.”

On Sunday, it was more than enough.

The games are less competitive, less enticing for fans and ignored by television. Yet an EWU player could recall his trip to the Swamp as a career-defining moment.

“A large percentage of those guys, they’re not going to the National Football League,” Napier said. “They’re playing football because they love the game. That’s the thing I respect.”

The Gators are 22-1 against FCS foes, winning the last seven contests by an average margin of about 42 points.

Expansion of the SEC to 16 teams and the College Football Playoff to 12 enhances the need for an FCS opponent to provide a breather, along with playing time for backups.

A nine-game SEC schedule, along with two Power 5 opponents and the possibility of multiple playoff games, leaves a spot well-suited to an FCS school.

3. Napier is willing to shake up things on defense.

This week it was Justus Boone and Jaydon Hill and last week Desmond Watson.

The starting defense might have to undergo more changes as coaches aim to fix continued issues. EWU finished with 16 plays of at least 10 yards, far too many for an FCS foe receiving a $750,000 payday to travel three times zones.

Against Eastern Washington, Boone replaced Princely Umanmielen at end while Hill started his first game since 2020, in place of Avery Helm a week after Tennessee torched Florida for 576 yards.

Boone responded with a career-high 4 tackles while Umanmielen chipped in 3.

“I don’t necessarily know that it’s Princely,” Napier said. “We’ve just got two really young players there that it’s competitive. We played them one to one today. Boone had played a little bit better … as of late.”

While downplaying the switch, Napier said players strive to be among the first 11 on the field.

“Competition is healthy for anybody,” he said.

Hill was in line to start in 2021 until a preseason knee injury. A less serious knee injury last spring derailed him again.

Sunday, Hill recorded 4 stops during his first start in almost two years but was beaten for an early third-down completion. Helm did not record a statistic.

This article first appeared on OrlandoSentinel.com. Email Edgar Thompson at egthompson@orlandosentinel.com or follow him on Twitter at @osgators.