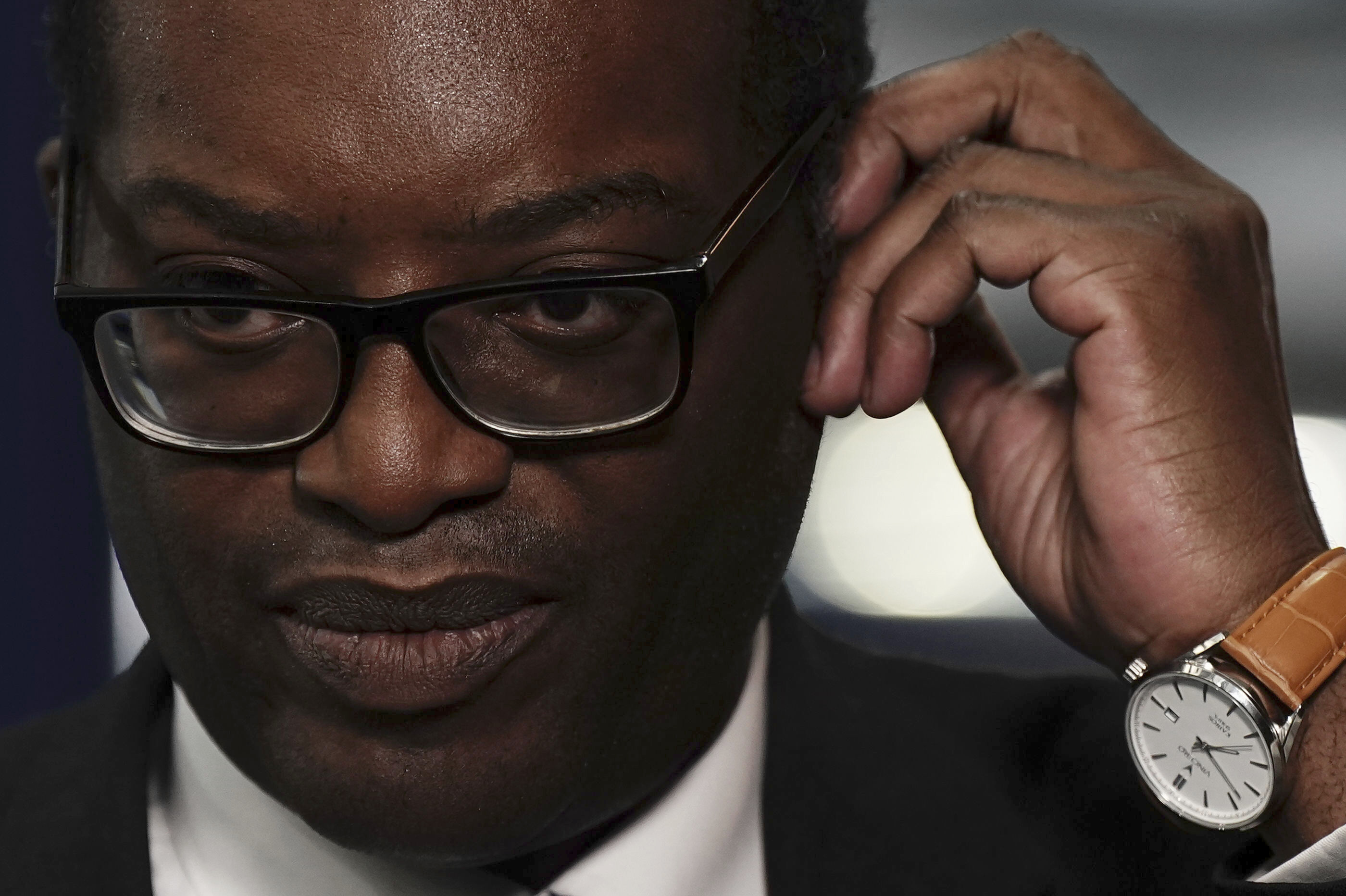 Press play to listen to this article

U.K. Chancellor Kwasi Kwarteng has junked his plan to cut taxes for high earners after a backlash from financial markets and Conservative Party colleagues that plunged his country into economic crisis.

“We get it, and we have listened,” Kwarteng said as he announced the dramatic U-turn on Twitter on Monday.

A cut in the top rate of tax from 45p to 40p in the pound was the major surprise in his and Prime Minister Liz Truss’ mini-budget announcement last month, which went dramatically awry.

The boon for people earning over £150,000 a year had been widely criticized as unfair and tone-deaf at a time of rising living costs.

The measure became “a distraction from our overriding mission to tackle the challenges facing our country,” Kwarteng admitted in his statement Monday morning.

Kwarteng told BBC Breakfast the 45p measure was “drowning out a strong package” which also included support for energy bills and a host of other tax cuts.

Asked if he had considered resigning, he said: “Not at all.”

The scale of opposition from Kwarteng’s Conservative colleagues had threatened his ability to deliver the policy at all as the pound tanked and government borrowing costs soared, forcing the Bank of England to intervene to prevent U.K. pension funds collapsing. A rebellion was brewing among Tory MPs, with even senior figures such as ex-Cabinet minister Michael Gove denouncing the move.

By Sunday night more than a dozen Tory rebels had gone public with their concerns, casting doubt on whether the government could pass the tax cut into law.

Writing for the Times, former Transport Secretary Grant Shapps called it a “politically tin-eared cut, not even a huge revenue raiser and hardly a priority on the prime ministerial to-do list” which has “managed to alienate almost everyone.”

Truss herself had stuck by the plans in a Sunday morning interview with the BBC, while party chiefs made a point of talking tough throughout the day. Conservative chairman Jake Berry suggested the mini-budget would be treated as a confidence vote in Parliament, meaning MPs who did not back it could lose the whip and so potentially their jobs at the next election.

This prompted defiance in some quarters, with backbench MP Maria Caulfield tweeting that if they “don’t want this working class MP, fair enough.”

Hasty crisis talks ensued with angry rebels, and the volte face was agreed so late on Sunday evening that many MPs only learned of it by reading press reports Monday morning — in many cases after having spent the previous week trying to defend the policy to others.

The move comes on the second day of the Conservative conference in Birmingham, traditionally a time for the party to come together in a show of unity. Kwarteng is set to address party activists Monday afternoon, and Truss will give her keynote speech Wednesday.

The pound jumped on news of the U-turn, rising by more than a cent against the dollar to $1.1263, before falling back. Traders began to downrate the chances of reaching interest rates of 6 percent next year.

However, it is not clear yet whether Kwarteng’s retreat will salvage his own career, or the credibility of his boss, Truss, who is facing disastrous poll ratings after being prime minister for just a month.

One Conservative minister highlighted the danger for Truss ahead of her climbdown, saying that to backtrack could make her “look weak — in office, but not in power.”

Labour’s shadow chancellor, Rachel Reeves, claimed the Conservatives had already “destroyed” their economic credibility, and warned the change in tack “comes too late for the families who will pay higher mortgages and higher prices for years to come.”