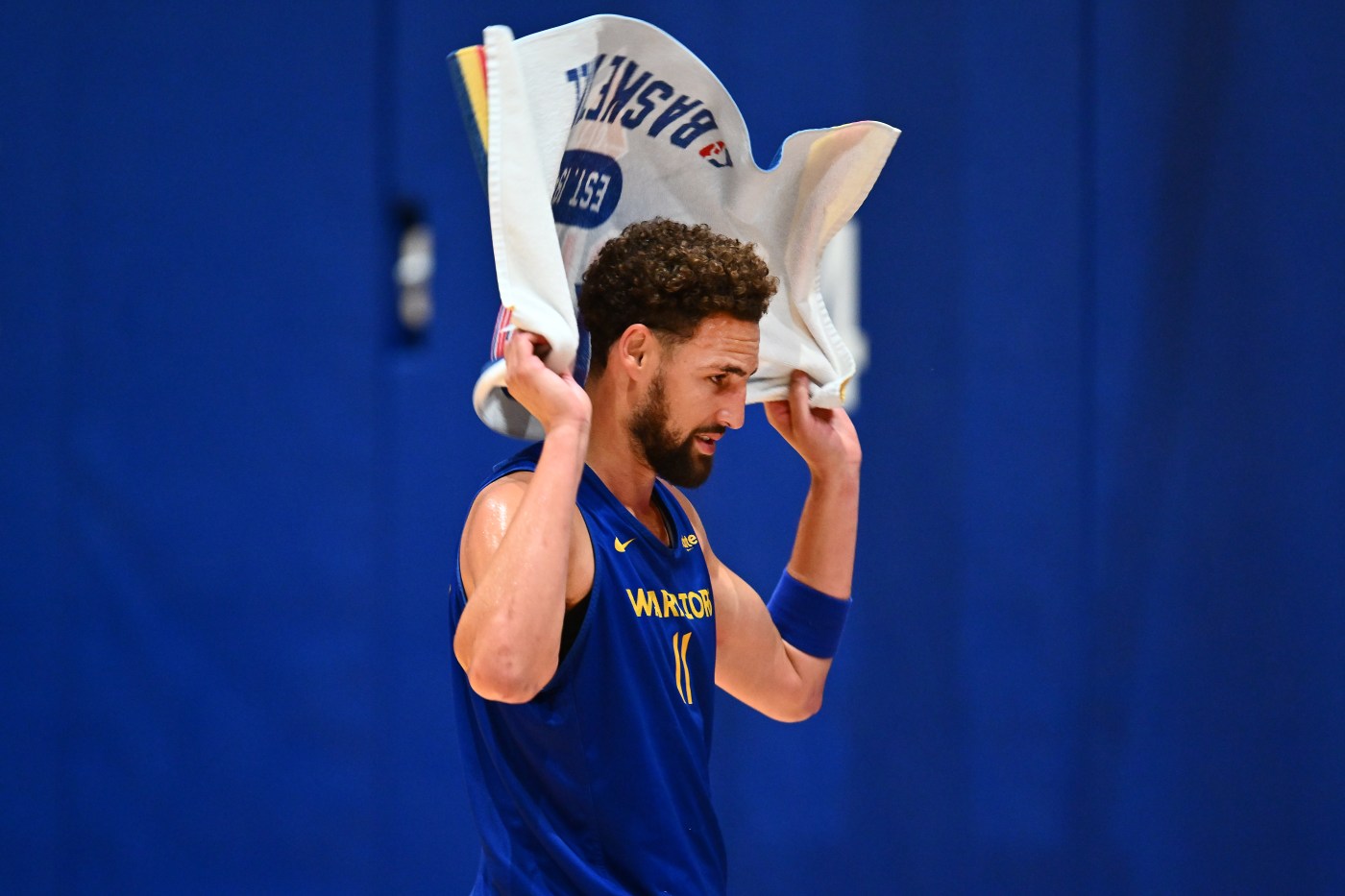 SAITAMA, Japan — Klay Thompson won’t play in either of the Warriors’ two preseason games in Japan as a precautionary measure as he continues to prepare for the upcoming season.

Thompson went through his full warm-up routine ahead of Friday’s preseason opener against the Washington Wizards. He ran a few lateral drills at center court seemingly without issue before heading back to the locker room.

About an hour later, coach Steve Kerr declared Thompson out for both of the Warriors’ exhibition games in Japan, saying he wasn’t quite ready for live action after missing significant time due to injuries.

“Just feel more comfortable giving him a little more of a ramp up,” Kerr said. “He’s just not quite ready to play at this point just based on where, you know, we’re so early in camp. We just want to be safe and make sure he gets a good ramp up before he plays in games.”

Thompson missed 2 1/2 years with major injuries before making his return in January. He got off to a slow start and showed flashes of his pre-injury self in 32 regular season before finding rhythm in the playoffs. He finished averaging 20.4 points while shooting 38.5% from 3-point range.

Asked whether Thompson’s conditioning or health was a concern, Kerr said the conclusion to shelve their versatile two-way wing was based on “common sense.”

“Just coming off the two years with the injuries, this is really unique to play a game after 3 1/2 practices so we’re just being cautious and trying to do the smart thing,” Kerr added.

Thompson, 32, revamped his offseason program this summer, putting more of an emphasis on diet, strength training, stretching and mobility exercises.

“I went very hard, but I didn’t play a lot of five-on-five because the last time I did that in the off-season, it ended awfully with tearing my Achilles,” Thompson said last week. “But I kept myself in good shape, and I will be ready to go by the 18th.

“And I’m hungry as ever still because I still remember those two years I had to watch. I’m eager to play a full season and show people what I’m capable of again.”

But fans wanting to see Thompson back in action will have to wait until the Warriors return stateside.

Golden State will play another game Sunday in Japan before returning to San Francisco. They’ll have eight days of rest and practice before opening the rest of their three-game preseason slate Oct. 10 against the Los Angeles Lakers.

The Warriors’ season opener is Oct. 19 against the Lakers at Chase Center.