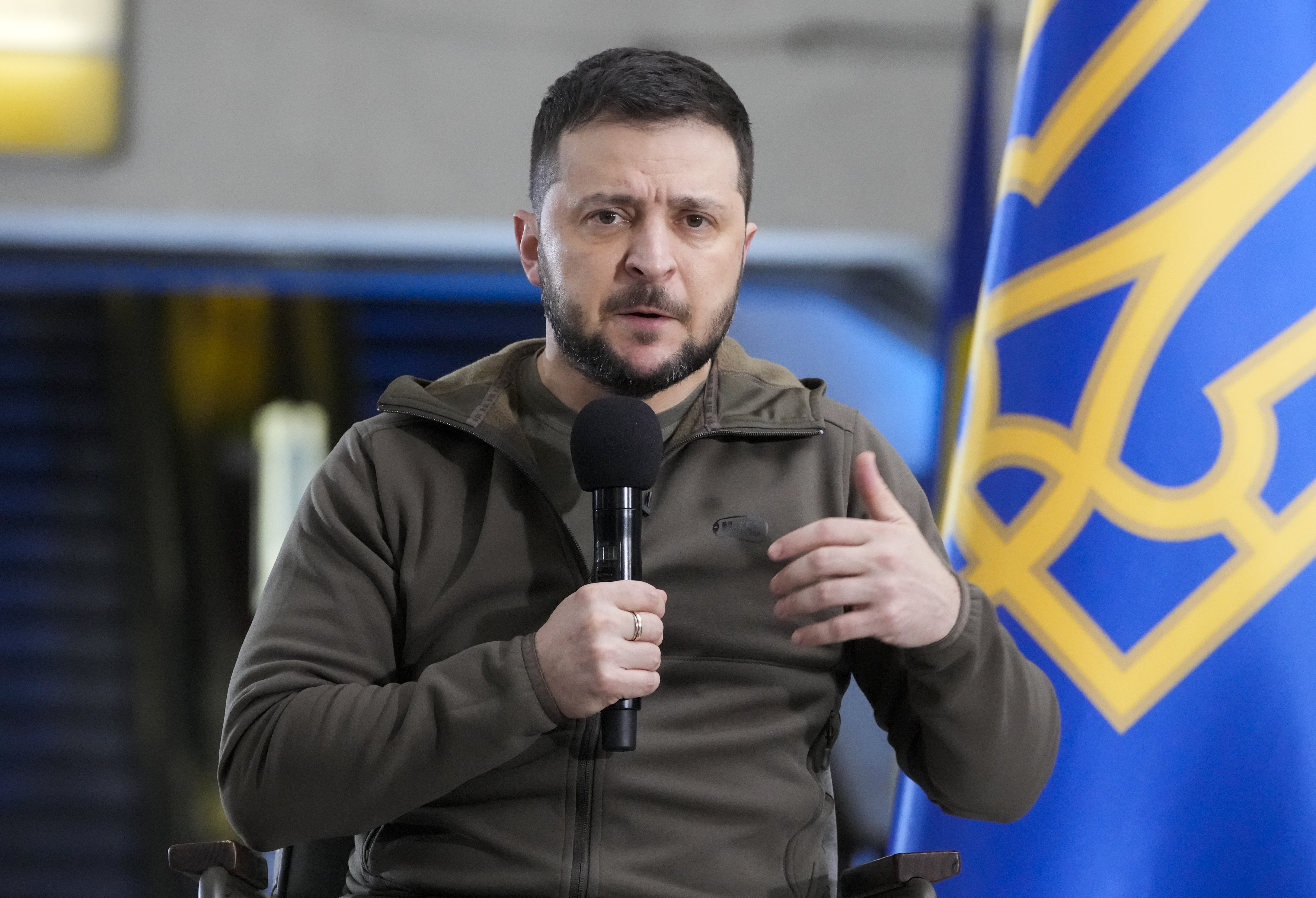 “Now a Ukrainian flag is there” in Lyman, Zelenskyy said in his nightly address on Saturday. “During this week, there were more Ukrainian flags in Donbas. It will be even more in a week.”

Ukraine pushed Moscow’s forces out of Lyman on Saturday, a day after Russian President Vladimir Putin hailed the annexation of Donetsk, which includes the strategic city. The Defense Ministry in Moscow on Saturday cited “a threat of encirclement” in withdrawing its troops from Lyman “to more advantageous lines,” it said in a Telegram post.

The retreat from Lyman represents a big setback for Putin, as Kyiv’s counteroffensive against Russia’s invasion makes further advances in eastern Ukraine. The Ukrainian push has seen the recapture of a vast amount of Russian-occupied territory as Moscow’s soldiers have abandoned the front lines.

“Operationally, Lyman is important because it commands a key road crossing over the Siversky Donets River, behind which Russia has been attempting to consolidate its defenses,” the U.K. Ministry of Defense said on Sunday.

“Russia’s withdrawal from Lyman also represents a significant political setback” after Putin’s proclamation of the annexation of the region on Friday, the ministry said. Putin hailed the annexation of Donetsk and three other regions following referendums that Western countries declared a “sham.”

“Russia has staged a farce in Donbas. An absolute farce, which it wanted to present as an alleged referendum,” Zelenskyy said late Saturday.

“Ukraine will return its own,” the president pledged. “Both in the east and in the south. And what they tried to annex now, and Crimea, which has been called annexed since 2014.”

“Our flag will be everywhere,” he said.

Lyman has been a key supply and logistics hub for Russian troops fighting in eastern Ukraine. The loss of the city will further hamper Moscow’s supply lines and impede Russia’s ability to maneuver against a stepped-up Ukrainian counteroffensive in the east that also has pushed Russian forces from the Kharkiv area.

The recapture of Lyman is “significant” for Ukraine, as it creates more problems for Russia’s military on its supply routes, U.S. Defense Secretary Lloyd Austin said. “And without those routes, it will be more difficult. So it presents a sort of a dilemma for the Russians going forward,” Austin told reporters in Hawaii on Saturday, Reuters reported.

“And we think the Ukrainians have done great work to get there and to begin to occupy the city,” Austin said.

“Lyman is important because it is the next step towards the liberation of the Ukrainian Donbas,” Serhii Cherevatyi, a spokesperson for Ukraine’s eastern forces, said on Saturday. “It is an opportunity to go further to Kreminna and Sievierodonetsk, and it is psychologically very important,” he said.